11 The Angel of the Lord came, and He sat under the oak that was in Ophrah, which belonged to Joash, the Abiezrite. His son Gideon was threshing wheat in the wine vat in order to hide it from the Midianites. 12 Then the Angel of the Lord appeared to him and said: “The Lord is with you, mighty warrior.”

13 Gideon said to Him, “Please Sir, if the Lord is with us, why has all this happened? And where are all His wonders that our fathers told us about? They said, ‘Hasn’t the Lord brought us out of Egypt?’ But now the Lord has abandoned us and handed us over to Midian.”

14 The Lord turned to him and said, “Go in the strength you have and deliver Israel from the power of Midian. Am I not sending you?”

15 He said to Him, “Please, Lord, how can I deliver Israel? Look, my family is the weakest in Manasseh, and I am the youngest in my father’s house.”

17 Then he said to Him, “If I have found favor in Your sight, give me a sign that You are speaking with me. 18 Please do not leave this place until I return to You. Let me bring my gift and set it before You.”

And He said, “I will stay until you return.”

19 So Gideon went and prepared a young goat and unleavened bread from a half bushel of flour. He placed the meat in a basket and the broth in a pot. He brought them out and offered them to Him under the oak.

20 The Angel of God said to him, “Take the meat with the unleavened bread, put it on this stone, and pour the broth on it.” And he did so.

23 But the Lord said to him, “Peace to you. Don’t be afraid, for you will not die.” 24 So Gideon built an altar to the Lord there and called it Yahweh Shalom. It is in Ophrah of the Abiezrites until today.

13 For it was You who created my inward parts;
You knit me together in my mother’s womb.
14 I will praise You
because I have been remarkably and wonderfully made.
Your works are wonderful,
and I know this very well.
15 My bones were not hidden from You
when I was made in secret,
when I was formed in the depths of the earth.
16 Your eyes saw me when I was formless;
all my days were written in Your book and planned
before a single one of them began.

For no one can lay any other foundation than what has been laid down. That foundation is Jesus Christ.

20 I pray not only for these,
but also for those who believe in Me
through their message.
21 May they all be one,
as You, Father, are in Me and I am in You.
May they also be one in Us,
so the world may believe You sent Me.
22 I have given them the glory You have given Me.
May they be one as We are one.
23 I am in them and You are in Me.
May they be made completely one,
so the world may know You have sent Me
and have loved them as You have loved Me.
24 Father,
I desire those You have given Me
to be with Me where I am.
Then they will see My glory,
which You have given Me
because You loved Me before the world’s foundation.
25 Righteous Father!
The world has not known You.
However, I have known You,
and these have known that You sent Me.
26 I made Your name known to them
and will make it known,
so the love You have loved Me with
may be in them and I may be in them.

For no one can lay any other foundation than what has been laid down. That foundation is Jesus Christ.

Then Jesus replied, “I assure you: The Son is not able to do anything on His own, but only what He sees the Father doing. For whatever the Father does, the Son also does these things in the same way. 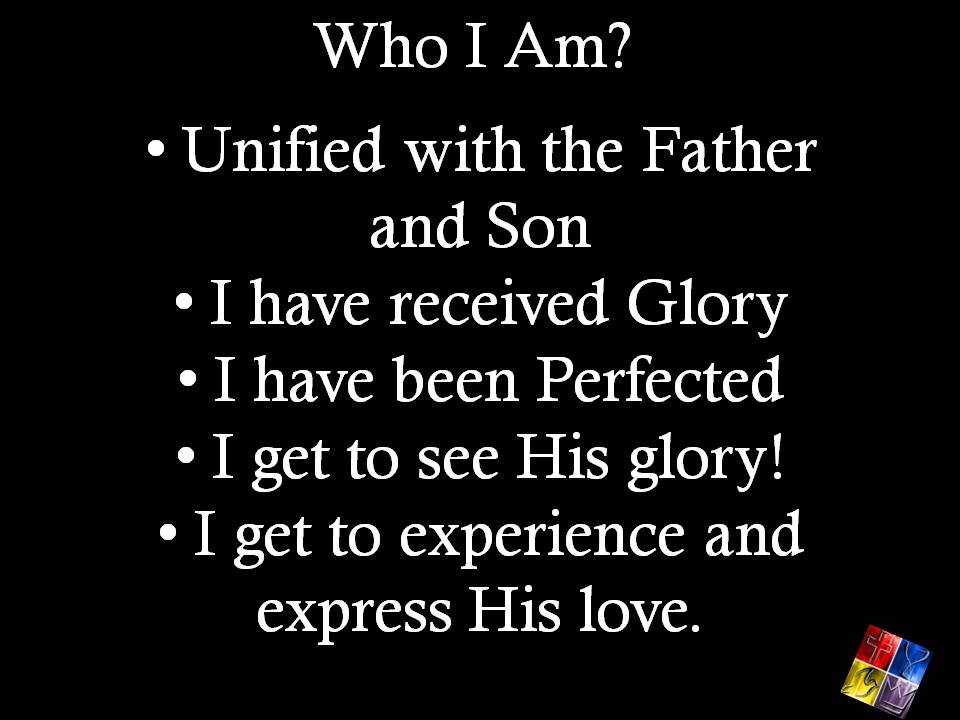 Or visit our GIVE page for other donation options.
Scroll to Top